MIND IMPERIUM story begins in late 2013, with a concept to create a groove metal band in which powerful groove riffs would blend with dark and melancholic ambiences.

The band releases its first EP – Amongst the Ruins – the same year, under the name My Imperium. Well-received by the public and the press, this first attempt allows them to play live extensively.

In 2016, after a few lineup changes and a small hiatus while Nogh and Carol focus on other musical projects and the development of the associative label Dark Faery Records, the band resumes its live activities and starts working on a full-length album. This project is inspired by artists from 19th century like Poe, Lovecraft or Chambers, but also from the works of Freud and Jung. Consequently, My Imperium becomes MIND IMPERIUM, a name more fitting to the band’s unique universe.

In 2018, they release their first LP, « Way To Carcosa », recorded at VAMACARA STUDIO. It explores the diversity of emotions bred by the human mind when confronted with loss, whether it be symbolical or real. It also reflects MIND IMPERIUM sustained engagement in the environmental cause, relating the album theme to damages done by manking to the living world. In partnership with SEA SHEPHERD, the band releases a music video for their song A WAR WITHOUT END, to condemn the Grindadráp.

Right after their album’s release, MIND IMPERIUM goes on tour in France and Belgium with their friends from AEON PATRONIST, in support of both bands latest work.

The band continues touring until COVID hits, and spend the end of 2020 bringing NEMESIS to life. Its recording takes place in Spring 2021 at TIDALWAVE STUDIO.

Way To Carcosa deals with the pain of loss, whether symbolic or real, and transcribes the various emotions born from it. This melancholia takes form in a character called ‘The King In Yellow’, created by the American writer Robert W. Chambers.

In the album, he is portrayed as a cathartic figure crystallizing our fears and anxieties, and each track is yet another step in a world bred by pain. Every moment of happiness ultimately fades away and disappears forever, and we are left pale reminiscences whose evocation only brings suffering and despair.

11-track LP ”Way To Carcosa” – 47’ 11’’
Recorded in April 2018 at the BATISKAF and VAMACARA STUDIO in Nantes / Clisson
Mixed & mastered by HK Krauss from the almighty VAMACARA STUDIO (Loudblast, Dagoba, Bliss of Flesh, Otargos, …).
Produced by DARK FAERY RECORDS (Obnoxious, Death of a Dryad, …)
Expecting a happy event, Julie was replaced on the drums by Alex Jadi (Malkavian, Fange). 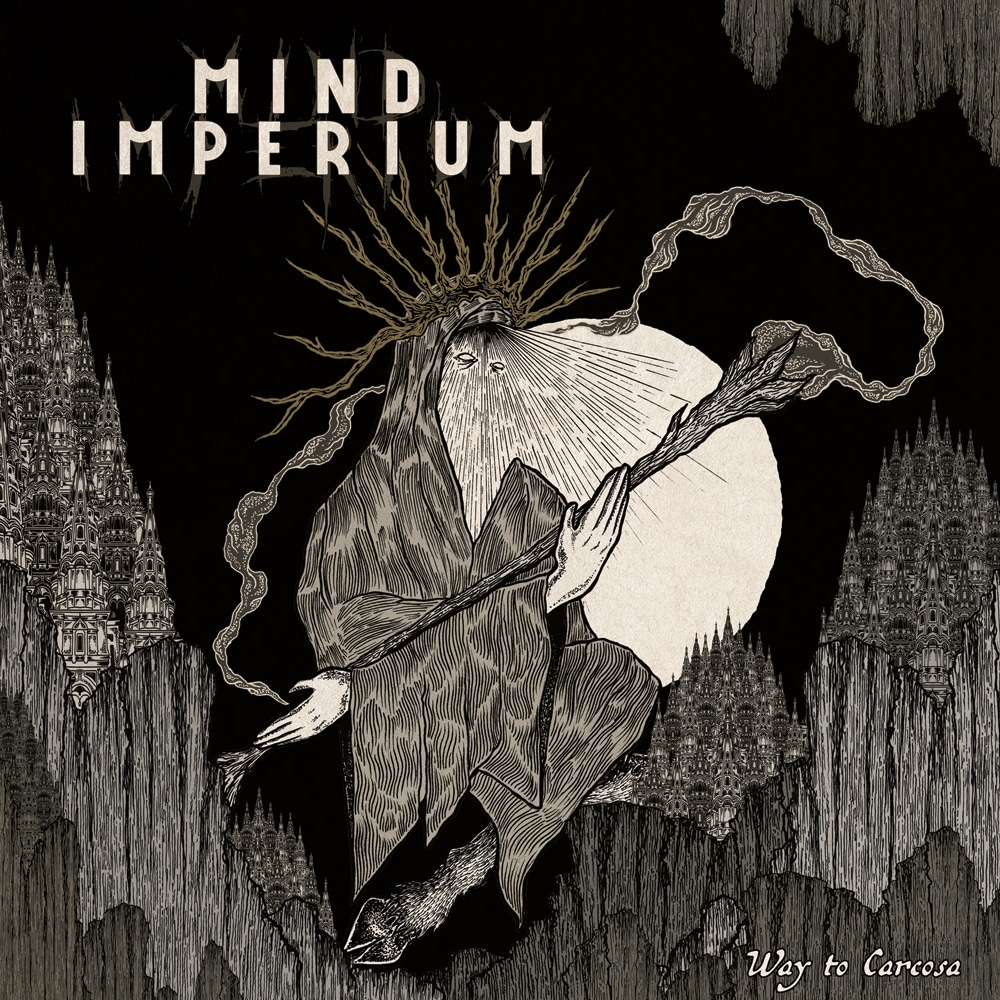